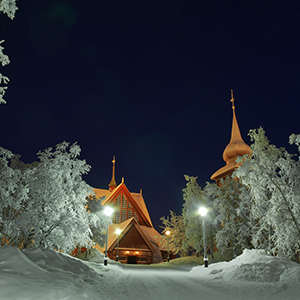 Arrive Kiruna:
You will be picked up upon arrival at the airport in Kiruna and transferred to your hotel. Dinner is under own arrangement tonight. 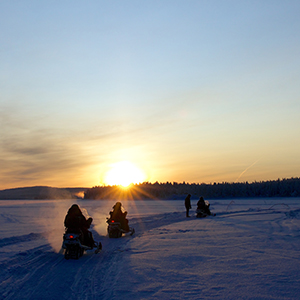 After breakfast at hotel, embark on your "Wilderness tour with Snowmobile." The excursion will take you through the beautiful area around the Torne River. You will drive in small groups along the tracks with modern snowmobiles with four-stroke engines. During the break you will enjoy coffee, sandwiches and some delicacies from Lapland around open fire in a wooden hut. Two passengers will share a snowmobile and take turns in driving. The driver of a snowmobile has to be at least 18 years old with valid driver's license.

The afternoon and evening are at leisure and dinner is under own arrangement. 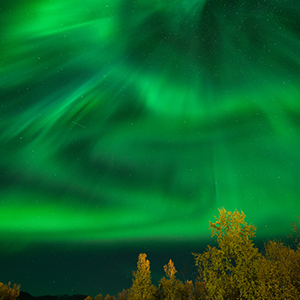 After breakfast at your hotel you will be transferred to the train station to travel by train from Kiruna to Abisko (2nd class).

Your Hotel in Abisko is a short walk from the train station.

The afternoon is free for you but make sure you are ready on time for you Exclusive Dinner at Aurora Sky Station. On this tour you will visit one of the world's best places to watch the Northern Lights. At Aurora Sky Station, on top of Mount Nuolja, no lights and no sounds will disturb the night. The exclusive dinner tour begins with a beautiful ride in the chairlift up to the station. The journey into the darkness through the quiet park, makes your eyes gradually adjust to the darkness, and soon you will see more stars in the sky than ever before. After arrival a four-course dinner is served. At the end of dinner, you will learn about the Northern Lights and after a guided tour, you have the opportunity to continue looking for Auroras on your own. 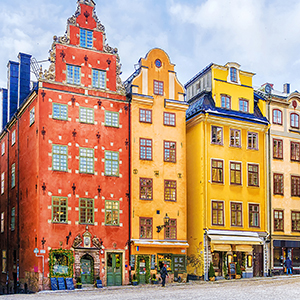 Abisko to Kiruna to Stockholm:

Enjoy breakfast at hotel before making your way back to the train station to return by train from Abisko to Kiruna (2nd class).

Upon arrival at Kiruna Train Station, you will be picked up for a transfer to the Airport and travel to Stockholm by flight. You will be warmly greeted upon arrival at the airport in Stockholm and embark on a 3 hour sightseeing tour of Stockholm that will end at your hotel.

Dinner is on your own tonight. 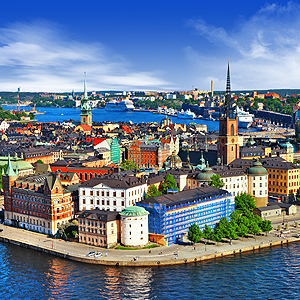 Sweden's capital, built on 14 islands that are connected by 57 bridges, is one of Europe's most beautiful cities, with an interesting Old Town and some of the best examples of modern Scandinavian design. Don't miss Gamla Stan, Stockholm's oldest attraction and one of the best preserved medieval city centers in the world. Walk through small winding streets lined with stores full of handicrafts, antiques, art galleries, and cafés. The Royal Palace and Stockholm Cathedral are also located in Gamla Stan.

After breakfast at hotel and check out, transfer to the Airport to travel on to your next Avanti destination.