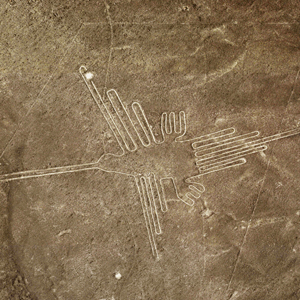 Early morning transfer to the bus station to board a deluxe Cruz del Sur motorcoach for a scenic drive along the coast to Ica. The 4-5 hour drive takes you down the Pan-American Highway passing through arid desert with scenic ocean views. Arrive in Paracas. Check into your selected hotel before continuing to the Paracas Airport where you will do the overflight of the mysterious Nazca Lines. The famous animal and geometric drawings on the ground can only be seen from the air. Scholars differ in interpreting the purpose of the designs, but in general, they ascribe religious significance to them. The flight is usually scheduled for your arrival day for flexibility - sometimes flight times are delayed due to weather.

Return to your hotel for lunch. In the afternoon, you will visit the ruins of Tambo Colorado. Located 27 miles from the town of Pisco, this important archaeological site is the most representative Incan settlement on the Peruvian coast. Made entirely of adobe, it was believed to have been an Incan palace. Overnight at your selected Paracas Hotel. 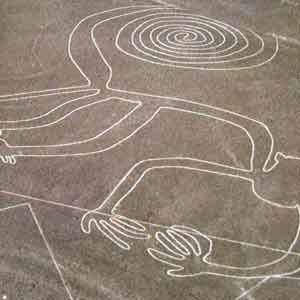 Paracas:
Explore the national beverage of Peru: Pisco. Visit the main wineries where the Peruvian liquor is made. We will start our visit at El Catador winery, operating since 1865 and awarded a Great Golden Medal in 2004. The facilities will be shown, especially its falca (a cement-covered copper pot used since ancestral times to develop the liquor) that nowadays has been replaced in most wineries by the still. After tasting some piscos here, we will traverse the scenic desert to an oasis that hosts the well-known Tacama winery. Located in a Jesuit estate, this is one of the first industrial plants for pisco and wine in Peru. It processes 6 million tons of grapes and has 180 hectares of vineyard. Here we will try several award-winning piscos along with a visit to the Huacachina Oasis.

Depart Paracas:
After breakfast, you depart for an excursion to the Ballestas Islands to see Peru's largest coastal wildlife sanctuary. These islands are home to thousands of migratory sea birds including pelicans, boobies, and cormorants. There are also colonies of sea lions and fur seals. By chance you may even see one of the few species of tropical penguins. The famous candlestick design etched in the desert, can also be seen from the boat. It is believed that this mysterious candlestick is not actually from Nazca times. Research shows it to be much more recent, and possibly done by pirates. The Ballestas excursion takes about two hours. Return to your hotel to check out and take the afternoon bus back to Lima.

(Breakfast, Paracas)
** Itinerary and inclusions are subject to change