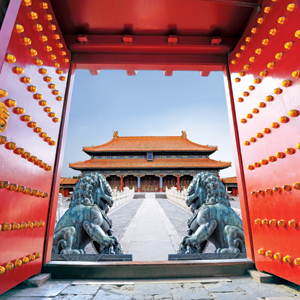 Arrive Beijing:
Upon arrival at Beijing airport, please proceed to the luggage area to claim your check-in bags. Your local guide will help you board your deluxe air-conditioned coach waiting outside the terminal building for a transfer back to your hotel. 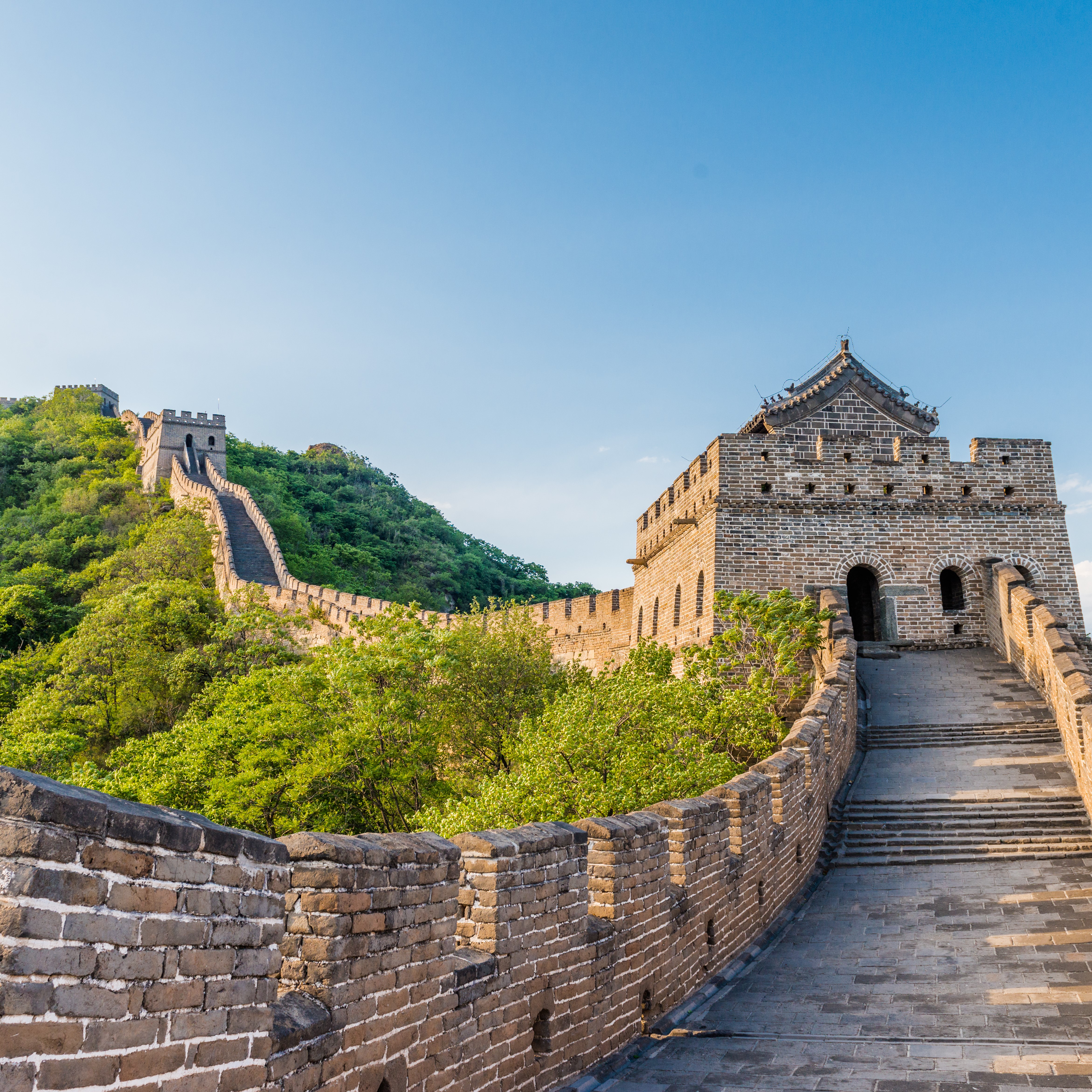 Beijing:
In the morning, meet your guide to take a Private Beijing Highlights Tour.

Visit the longest structure ever made by human hands, the Great Wall (Mutianyu): The Great Wall of China is the longest man-made structure in the world. Explore the much quieter Mutianyu section of the Great Wall, which was first begun in the Northern Qi Dynasty (550-557) and finished in the 17th century. This stretch of the Wall allows you to walk along its storied length for over an hour and visit twenty-two watchtowers, should you so choose. Not only will you walk along this wonder of the world yourself, but you will also see it from above during a breathtaking cable car ride. (Cable car tickets are included in cost of tour.)

Enjoy lunch at a local restaurant before continuing on to your next stop.
Visit Tiananmen Square, one of the world s largest public squares: Measuring in at 4,700,000 square meters (over 109 acres). As you walk from the southernmost part of the square all the way down its length, you will pass several monuments, including the mausoleum that houses Chairman Mao`s remains, and a portrait of the PRC`s founding father. This is also the gate to enter the Forbidden City.

Enter the Forbidden City and walk in the steps of emperors: The Forbidden City was completed in 1420, and was home to 24 emperors, the last of which left Beijing in 1924. The entire imperial complex is reputed to have 9999 rooms, which at its peak housed up to 10,000 people, including the imperial family, 3000 eunuchs, as well as maids and concubines. Discover for yourself why the 170 acres were forbidden to common people as you stroll through what is arguably the best-preserved example of classical Chinese architecture in the world. 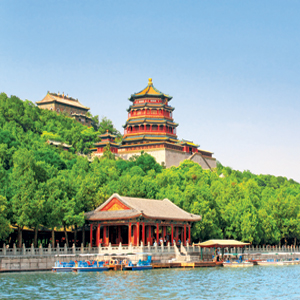 Beijing:
After breakfast, you have a free day to explore or take one of our optional tours:

Private Summer Palace
Relax lakeside aboard a boat at the Summer Palace, a UNESCO World Heritage Site: The Summer Palace is one of the largest and best-preserved imperial gardens in the world. In the 18th century, Emperor Qianlong enlarged and embellished it, only to abandon it a few years later. The grounds today are stunning, as is the lovely Kunming Lake, which occupies more than three quarters of the total area. Enjoy a boat ride before walking the Long Corridor, a 728-metre (well over 2000-foot) hall featuring 8000 paintings collected by the Emperor during his travels around the country.

Private Hutongs by Rickshaw and Tea Ceremony
Race through Beijing`s narrow hutongs in a wooden rickshaw: The word hutong refers to the narrow network of lanes created by closely built quadrangular homes. Once the primary architectural feature of China`s capital city, hutongs now make up only a small fraction of Beijing, having been replaced by high-rise buildings in recent years. Recapture the feeling of Beijing`s past from the wooden seat of a traditional rickshaw, and visit a local family's courtyard home along the way.
Experience a traditional Chinese tea ceremony. Learn about the many and varied types of Chinese tea and the equally varied ways to drink them in this tea appreciation class. You will sample several types of tea in a local teahouse and see that there is indeed a different tea for every occasion. 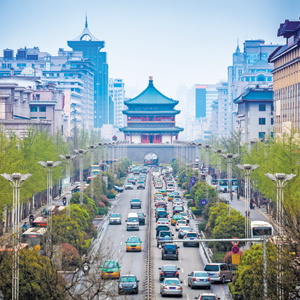 Beijing to Xian:
After breakfast, transfer to the airport for your flight (not included) to Xian. Transfer to your choice of our Handpicked Hotels in Xian.

Evening free at leisure and dinner on your own. 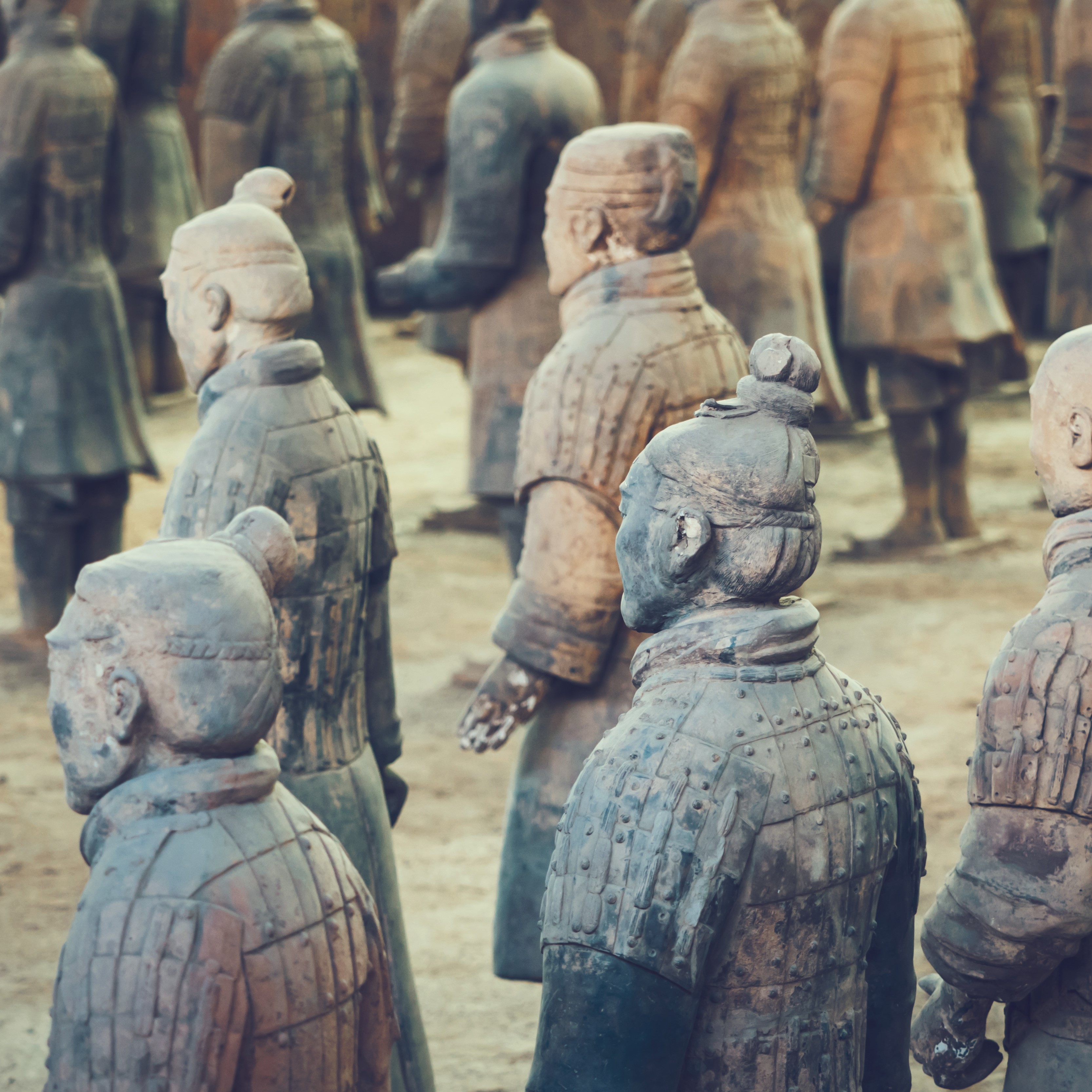 Xian:
Terracotta Warriors Tour
In the morning, meet your guide and visit the Terracotta Warriors, one of the most amazing sites in the world. Uncovered in 1974 by peasants digging a well, the Terracotta Warriors are Xian's greatest and most important attraction. The first emperor of the Qin Dynast, Qin Shi Huangdi, ordered the making of the warriors. During his reign, he undertook military programs to the far corners of the known world. The estimated 8,000 terracotta soldiers are a testament to his power and megalomania. In the main and most impressive vault, the figures are arranged in typical battle formation in 11 columns comprised of officers, soldiers holding spears and swords and others steering horse-drawn chariots.

Evening free at leisure and dinner on your own. 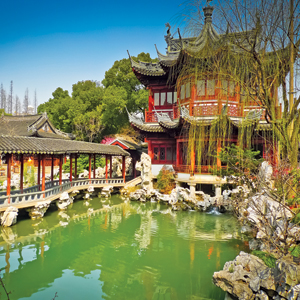 Xian to Shanghai:
After breakfast, transfer to the airport for your flight (not included) to Shanghai. Upon arrival at Shanghai Pudong Airport, meet your guide and transfer to your hotel. Dinner on your own. 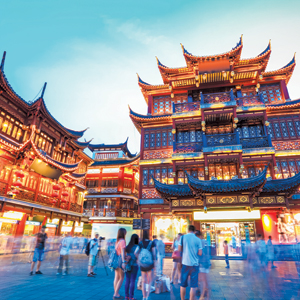 Shanghai:
After breakfast, take the Shanghai Essentials Tour that includes:

Jade Buddha Temple
This is one of Shanghai`s few Buddhist temples, and was built between 1911 and 1918. It houses 70 resident monks, and the centerpiece is a sitting Buddha carved out of white jade and encrusted with jewels, measuring over two meters tall and rumored to weigh over 2200 pounds.

Yu Garden and, Old Town Bazaar
Over the past several centuries, the Yu Garden has been restored and reopened several times, but has almost always been in disarray. In 1956, the Shanghai city government took over and restored it to its former splendour, making it a peaceful oasis in the heart of bustling Shanghai. Outside the garden gates, the Old Bazaar is the perfect place to strike a bargain or chat with locals selling a variety of wares and souvenirs.

Take in the most amazing view of your life from Shanghai`s world-famous Bund
The Bund is the famous waterfront regarded for hundreds of years as the symbol of Shanghai. On the Bund side of the river, magnificent colonial architecture represents the splendor of old Shanghai. Across the water, enormous skyscrapers rise up to create a futuristic skyline that has to be seen to be believed.

Xintiandi and Tianzifang
Tianzifang, once an unassuming laneway in a factory area, has been transformed into the art district of Shanghai. Here you will find many art galleries, private studios, craft shops, and some of the most charming bars and cafes in Shanghai. 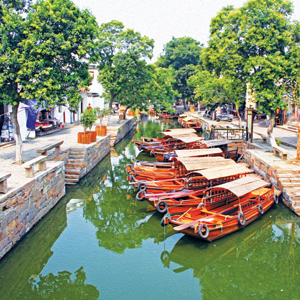 Shanghai:
After breakfast, you have a free day to explore or take one of our optional tours:

Zhujiajiao Water Town Tour + Boat Ride
The ancient town of Zhujiajiao is built on top of the crisscrossing waterways that run from Dianshan Lake. The town is filled with every type of bridge imaginable, from wood to stone to marble, in differing sizes and unique styles. The town still has simple and elegant Ming and Qing dynasty (1368-1911) architecture that is quintessentially southern Chinese. Periodically, small wooden boats sail down the waterway, passing right under the eaves of the houses on its banks.

Shanghai:
After breakfast, you'll have a private transfer to the airport for your flight home or on to your next Avanti Destination!

(Breakfast, Shanghai)
** Itinerary and inclusions are subject to change